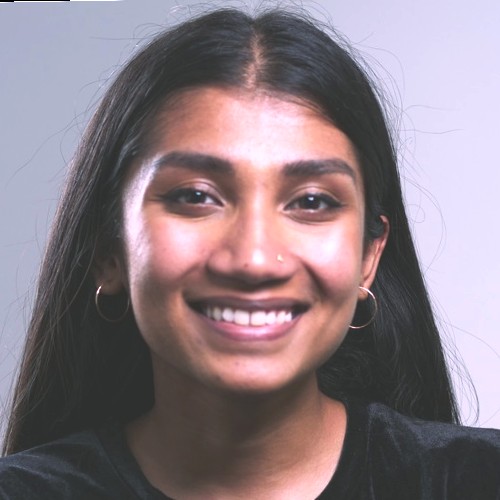 Anika is a member of the Remesh marketing team.

Anika is a member of the Remesh marketing team.

When it comes to innovation theory, there are two primary camps of thought in constant conflict.

The first camp sees innovation as more art than science. It mandates that change originates with those who possess a triple-threat of imagination, instinct, and luck.

The second camp considers innovation a rational or scientific process: the right inputs yield the right outputs. It’s not necessary to leave innovation to the Zuckerbergs or Musks of the world. Anyone willing to innovate, furnished with the means and opportunity to do so, can create as much of an impact as any cultural icon of innovation.

Luckily, we don’t have to choose blindly. With a wealth of internal culture research to draw from and a class of innovation exemplars to consult (like PMI Worldwide’s CPO and ProductPlan’s Chief Strategist, to name a few), we now know a number of ways to effectively create a culture of innovation.

What is Innovation Culture?

Cultivating an internal culture of experimentation is the single greatest challenge to successful innovation that Fortune 500 companies face. But it’s also among the most important elements of truly innovative companies.

Studies show that what drives innovative performance is alignment between corporate culture and innovation strategy, not R&D spending. According to the same study, the 10 most innovative companies of 2018 outperformed the 10 biggest R&D spenders on revenue growth, gross margin, and market cap growth. This suggests a leaner allowance of resources (aka spending power) and greater pressure for output (aka research for actionable innovation, not just for exploration). 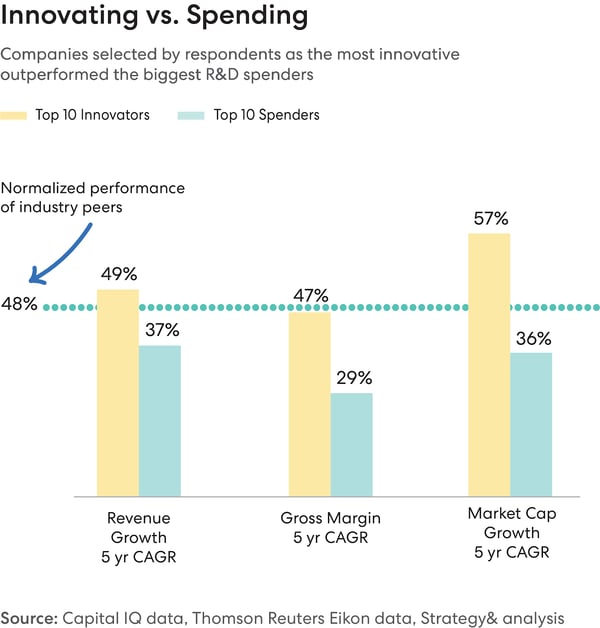 The reason for this is simple: innovation is a mindset, and changing your mindset is difficult. It requires serious intention, careful planning, and buy-in at all levels.

Providing the framework conditions for innovation will look different at every organization, but there are some considerations all businesses can take to facilitate the innovation process. We like to think of innovation in three acts:

The Setup: Who Innovates, and Where?

Autonomy, or the perception that employees have freedom in performing their jobs, is a strong predictor of innovative behavior. When employees have control over how to carry out job tasks, they feel free to experiment with different methods and approaches. Other advantages of workplace autonomy include:

In 2011, Netflix CEO Reed Hastings published a slideshow explaining the company’s management philosophy. Facebook COO Sheryl Sandberg called it “the most important document ever to come out of [Silicon] Valley.”


Hastings explains: growing businesses face increasingly complex problems while also typically dealing with a decreasing number of high-performance employees. When a business is too complex to run informally at its talent level, procedures and processes are enforced to bring order to the chaos. But becoming process-driven has doubly negative effects: it drives away more high-performing talent while rendering the company incapable of quickly adapting to market changes.

The key to harmony between growth, autonomy, and agility is to increase the density of high-performing talent at a rate faster than your business’s growing complexity. The right people make the difference between a culture of process adherence and a culture of creativity, self-discipline, freedom, and responsibility.

The analysis culminates with an explanation of Netflix’s vacation policy: employees are encouraged to take a vacation as many days as they want, so long as they do so responsibly.

“There is also no clothing policy at Netflix,” Hastings writes, “but no one comes to work naked.”

From the inception of the open-plan office to the rise of the corporate campus, where we work has evolved as much as the way we work. That’s in large part because we’re more aware of the profound impact of physical environments on our thoughts, feelings, and behaviors.

Whether you call it an innovation lab, makerspace, or accelerator, environments built to promote the development of ideas have several key characteristics, including:

The Confrontation: Introducing Challenge and Conflict

Challenging work is consistently linked with increased creativity and innovation - but overloading your employees with insurmountable problems is more likely to incite anxiety than to inspire good ideas. To set challenges that encourage innovation rather than squash it, tap into flow.

Coined by psychologist Mihaly Csikszentmihalyi, flow is the mental state we experience when fully absorbed by an activity. It has several key characteristics, including:

Flow happens at the intersection of high levels of challenge and skill. 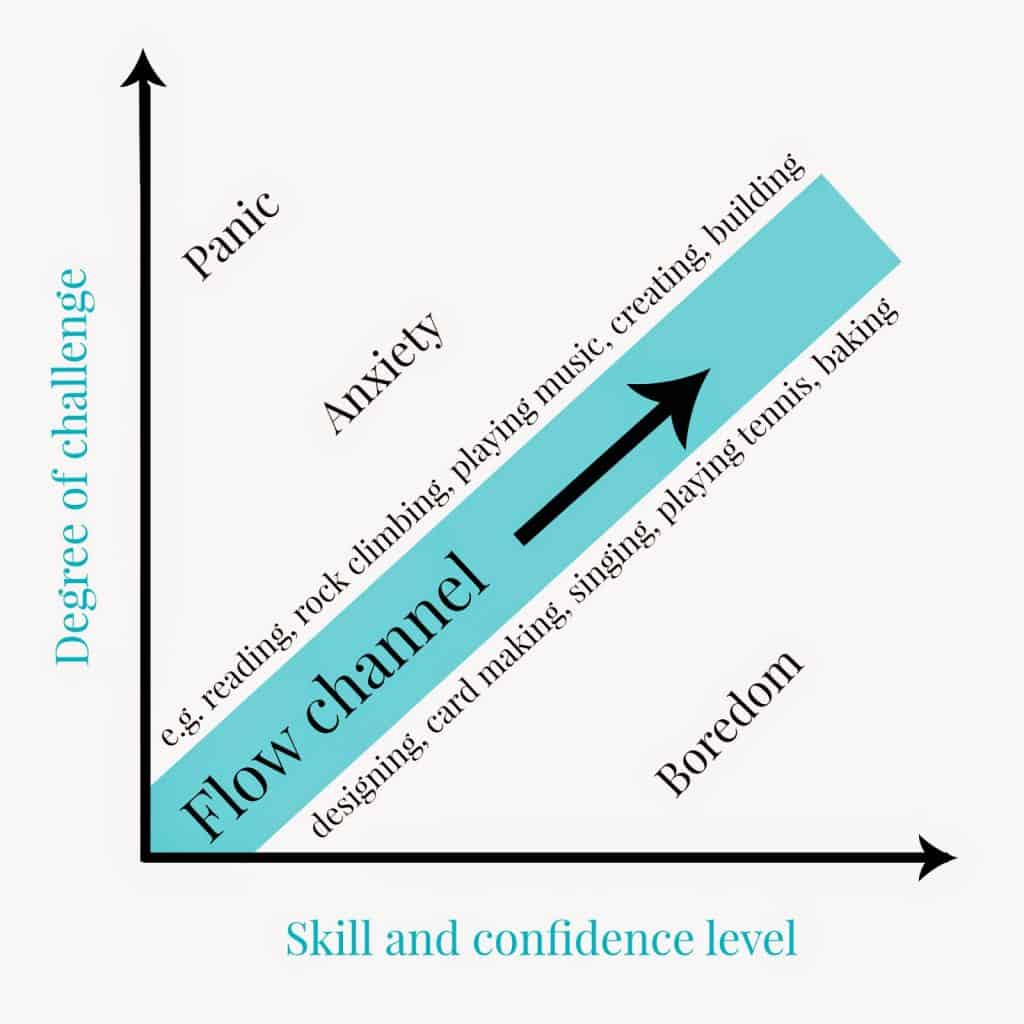 If one exceeds the other, we risk feeling overwhelmed or bored. Innovation culture requires setting aggressive but manageable challenges, so employees stay engaged and work remains competitive.

Jeff Immelt’s ascension to the GE throne was brimmed with challenge. Succeeding former CEO Jack Welch, under whose tenure shareholders reaped a return of 23% per annum for 20 years, posed its own difficulty. Then, four days after he stepped into the role, two planes struck the Twin Towers and the world tumbled into disarray.

Immelt’s freshman year suffered the consequences of growing global political instability and a stock market already brittle from the dot-com bubble. At the end of 2002, GE’s stock was down 39% from a year earlier and 60% from its all-time high just two years earlier.

But challenge, it turned out, would be a critical component of Immelt’s solution to enduring the economic slowdown and driving future growth.

In year two of his reign, Immelt inaugurated the Imagination Breakthrough (IB) initiative. The annual program dared business leaders to identify three projects with the potential to generate $100 million in incremental revenue within three years.

Coming up with three $100 million dollar innovation ideas a year is a tall order, but GE employees brought the heat. Within five years, Imagination Breakthroughs generated $3 billion in incremental revenues for the company.

Conventional wisdom says homogenous teams are more productive because they experience less friction between team members. But creativity thrives on conflict and difference, not ease and conformity.

Innovation lives where biases, assumptions, opinions, and ideas can interact, compete and evolve. Organizations become smarter as a direct result of the discourse that emerges when contrasting perspectives confront each other.

Building a diverse workforce is only half of the equation at L’Oréal, where the formula that reigns supreme has little to do with makeup: DIVERSITY + INCLUSION = INNOVATION & SUCCESS.

When a foundation range intended for women of color still failed to serve her skin tone, Atis pushed back. The head of L’Oréal’s makeup division proposed a challenge: “If you don’t like it, then fix it.” Years of qualitative research and cross-country research ultimately led Atis and her small team to a colorant that could produce deep hues without compromising on texture or brilliance.

The breakthrough ushered in a golden era of makeup: new shades across L’Oréal brands, including one formulated for Lancôme’s first black spokesperson, Kenyan actress Lupita Nyong’o. Through a culture of innovation, driven by diversity, challenge, and autonomy, L’Oréal gained a unique competitive advantage and cemented its place among the most inclusive makeup brands.

The Resolution: Cohesion and Alignment

The single most influential criterion in successful innovation management is the perception of unity and cohesion among employees. Outside the healthy confrontations described in act two, organizations with high levels of unity exhibit minimal conflict.

Married by a shared vision and purpose, these businesses are ahead of a vast swath of organizations where vision statements are more about appearances than actions. According to a Harvard Business Review article on strategy communications, more than 70% of employees at corporations with clearly articulated public strategies could not identify their employer’s strategy.

Cohesive organizations also enjoy the added competitive advantage of emotional safety within teams. When employees feel their work environments are emotionally unsafe, they closely guard themselves - including their plans and ideas. Unified teams are characterized by high levels of trust, support, collaboration, and teamwork - all of which make a better culture for creative problem-solving.

Few can boast their company embodies the power of purpose as much as Patagonia, where employees are united by the mission of fighting the threat of extinction of all life on earth. From product development to social media, every role is about realizing this goal - and it’s hard not to feel a part of a whole when your job is to save the world.

Multiple programs drive this sense of cohesion, including flexible work arrangements that encourage action outdoors and time off to work for environmental charities. These initiatives keep Patagonia’s purpose top of mind by endowing employees with opportunities for continual learning about the environment and sustainability and have even led to difficult but impactful innovations.

At the time, conventional cotton comprised 20% of Patagonia’s total business, which meant $20 million was at stake. A series of bus tours to cotton farms got everyone at the company engaged and committed, despite the risk. The move also inspired many employees to shift to buying organic food and clothing - a small but impactful win for the environment and, as a result, Patagonia too.

The future of company culture is innovation culture. Focus on furnishing your workforce with independence, innovative spaces, challenging work, variety, and cohesion to develop a culture of innovation that is both engaging and profitable.

Ready to gauge the level of innovation within your org's culture? Benchmark your strengths and areas of improvement with this eBook!

Why Employee Engagement Matters and How to Measure It

By Emma Borochoff
Unless you’ve been living under a rock (anything is possible in 2018), you’ve noticed the formation and power of a ...
END_OF_DOCUMENT_TOKEN_TO_BE_REPLACED

75 Employee Stats on the Future of Work

By Jeremy Rembulat
There’s no doubt that COVID-19 has fundamentally disrupted the way we live and work – whether through furlough, ...
END_OF_DOCUMENT_TOKEN_TO_BE_REPLACED