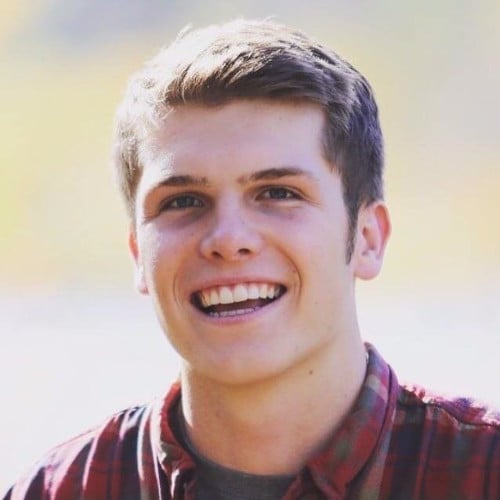 Lyle prefers pen/paper over computers, and learns something new each day.

Lyle prefers pen/paper over computers, and learns something new each day.

We are living in an age of corporate apology.

How can brands be genuine in taking social responsibility for a misfire? Is simply saying “sorry” sufficient for corporations that have such extreme influence over their customer base?

Along with efforts to resonate with consumers, brands broadcast their values to attract talent. These values primarily target millennials, which consider social factors in their search for a workplace, and even for small businesses, there is no exception.

Young people tend to seek out workplaces that implement ethical labor practices and workplaces that align with their values while expressing those values on a global stage. A recent study by Deloitte emphasized that young workers are eager for business leaders to mirror millennial ethics as company values.

Innovation in sustainability, cultural values, and working toward causes that the company believes in is at the forefront of brand competition. But what does practicing corporate social responsibility (CSR) initiatives look like?

Let’s take a look at a few examples.

(The Impact of COVID-19 on Market Research - Download Report!)

Released in the midst of the Syrian refugee crisis, Airbnb launched its #weaccept campaign during the Super Bowl in 2017. Over the 30-second ad, a compilation of faces from all different skin tones are blended together. A voiceover describes the positive impact diversity has on local communities and the world.

The CSR initiative highlighted Airbnb’s efforts to offer short-term housing for anyone in need. This included refugees, workers, and victims fleeing natural disasters.

Despite the criticism the company received, it became the subject of a massive spike in media engagement. There were 33,000 tweets about the ad during the first half of the super bowl alone.

Airbnb made a call to action for the public, asking for volunteers to open their homes to displaced populations. They received thousands of sign-ups as a result of the ad. Airbnb was praised online, and their social beliefs were broadcasted for consumers to see.

Gillette
Broadening The Customer Base

In a similar fashion earlier this year, Gillette launched their “The Best Men Can Be” campaign.

The ad sparked a massive amount of controversy online for its references to the stereotypes of modern-day masculinity. The tagline is a play on the company’s decades-old campaign, “The Best A Man Can Get.” The historical campaign has primarily cultivated an image of masculinity in its clients.

Gillette, “The Best Men Can Be”

The campaign, which has over 30 million views on YouTube, has more dislikes than likes. The internet backlash has led many to speak out about “boycotting” the brand for its illustration of men in the ad. Thousands of negative comments below the video and negative social media posts criticized Gillette’s overreach into the social impact sphere. At its core, Gillette used the campaign to spark a conversation about social issues/stereotypes.

Woven into the stream of negativity, Gillette also received immense praise for speaking out on the global stage. Regardless of opinion, the ad has led to an increase in levels of media activity and engagement. Gillette’s campaign was an illustration of how ads can generate new audiences for brands.

Similarly, Ben and Jerry’s has become consistently vocal in its CSR initiative to combat climate change.

In 2016, the company released a campaign noting the social and environmental impact that a temperature increase of two degrees has on ice cream - and the Earth. The ad increased awareness on the topic and urged policymakers to be more proactive in fighting climate change – a win-win for Earth, and ice cream.

Ben and Jerry’s campaign was one part of an increasing standard for suppliers to speak out on social issues and engage in a form of corporate citizenship. This was especially true on a national scale, where the campaigns had far more impact on society than at the global level. This added benefit allowed Ben and Jerry’s to measure the brand awareness within the country.

The entire supply chain in the food and CPG (consumer packaged goods) industry is being pushed for environmental sustainability initiatives. This CSR program by Ben and Jerry’s changed how the business operates and showcases its social efforts, distinguishing itself from nonprofit organizations by connecting the triple bottom line. In transitioning toward more sustainable products, brands have catapulted their sustainability efforts to the forefront of their marketing and business models through a meaningful education program.

Controversial campaigns have yielded positive and negative results for corporations. What separates effective campaigns from misfires?

Timing is the make or break

Airbnb’s #WeAccept campaign, for example, was released in the heat of a refugee crisis. The company’s success was driven by conversations already taking place about refugees in the social sphere. While companies practice CSR initiatives, they have to take a step back and ask, “Who am I trying to connect with the most through this ad?”

Gillette characterized their target customer profile while constructing the “Best Men Can Be” campaign. The same can be said for appealing to the demographics of their historic campaign (The Best A Man Can Get). The majority of Gillette’s previous campaigns featured men exclusively,  focusing on a male customer profile. However, with their new campaign release, the company was able to gain a larger female audience.

Corporate marketing and advertising is always taken on with a risk. Among the successful commentaries on cultural issues, companies can also miss the mark on their intended message, and receive criticism for their corporate governance.

In the wake of its 2014 campaign “Don’t be a Maybe,” tobacco industry giant Marlboro faced large-scale criticism. Critics slammed Marlboro executive Philip Morris for “breaching its ethical code” by designing its campaign to target younger customers.

The campaign included youth-oriented ads that were considered an attempt to target a younger customer base. The photos featured young people traveling, climbing fences, partying, and falling in love. Instead of apologizing for the campaign, a spokesperson for Marlboro denied that its ads were designed to target teens.

The company faced criticism online for failing to apologize for the campaign. It avoided taking responsibility for the rise of tobacco use among teens. The failure to apologize or address this issue was the source of outrage for anti-tobacco campaigners.

Starting in 2000, oil industry giant BP spent over $200 million on its long-term advertising campaign Beyond Petroleum. The campaign was an effort to establish the company as an environmentally friendly company. The campaign efforts were swallowed in 2010 when the company was responsible for an oil spill in the Gulf of Mexico.

The spill lasted 87 days, starting from around 40 miles south of the United States. One of the largest environmental catastrophes in the oil industry, it caused irreversible damage to surrounding wildlife.

After the spill, the company pledged $500 million in research efforts that would study the environmental impact the spill created. This funding came with their corporate apology in hopes of making amends with consumers. Hayward eventually resigned from his position.

A company’s power of influence over customers comes with an enormous responsibility to account for its actions.

Actions toward cultural intelligence and awareness (like hiring a sensitivity reader) are mandatory when tackling any campaign strategy. Additionally, brands should voice an understanding of the damage they can cause in their campaigns, rather than providing a justification. As in conducting market research, corporations need to acknowledge their initial mistakes or errors before speaking to their original intentions. And, when proceeding with additional research.

Bold brands that take a social good stance show just how powerful companies can be in projecting the voice of the customer. In culture and the global market, the audience is power. Consequently, keeping companies accountable for the way they use that power is increasingly in the hands of consumers. Both of which help sculpt the relationship between companies and customers.

Interested in more insights on the state of the market research industry? Download our free eBook now!

By Kevan Chew
Because we live in a globalized economy, market trends and customer preferences constantly morph and change over time. ...
END_OF_DOCUMENT_TOKEN_TO_BE_REPLACED

By Emily Smith
Breaking Down Market Segmentation Companies need stronger, faster, and cheaper insights. But how can an insight or ...
END_OF_DOCUMENT_TOKEN_TO_BE_REPLACED

By Team Remesh
To better understand the impact of COVID-19 on the world of market research, we held a Remesh conversation with more ...
END_OF_DOCUMENT_TOKEN_TO_BE_REPLACED