Kevan has an aggressive love of writing, coffee, and bagels. He's a member of the marketing team.

Kevan has an aggressive love of writing, coffee, and bagels. He's a member of the marketing team.

More than 25% of total revenue and profits across industries are generated by the launch of new products. Yet, the new product launches are often difficult or unsuccessful.

Less than half of all product and service launches actually succeed in meeting their targets. This is consistent across both product launches of completely new products and releases of new features to existing products.

What does that mean? Launching incremental improvements to already familiar products can often be fraught with risk.

So how can brands better understand user preferences and reduce the risk for new product and concept ideas?

What is Concept Testing?

Concept testing is the process of understanding how consumers feel about your product idea prior to its creation or release, and is one component of the larger innovation cycle. This process helps you accurately evaluate whether your product is ready for market.

Companies typically conduct this research in the form of concept test surveys. But concept tests can also come in other forms: customer interviews, focus group discussions, observational studies, and more.

Agile research processes during product development are more crucial today than ever since early-stage concept testing can quickly provide answers to crucial questions, like:

Read: How to Write a Discussion Guide (eBook)

Concept testing seems feasible - but how have prominent brands used the method to boost profits, remain customer-centric, and produce successful products? Here are a few examples.

70% of customers say understanding how they use products and services is very important to winning their business. - Salesforce

Lego realized that, despite attempts to market their products to females, only 9% of their toy users were young girls.

In an attempt to change their user demographic, Lego embarked on an extended period of concept testing and market research. The goal was to better understand the play habits of young girls.

Lego Friends - a new Lego series marketed at young girls - launched in 2012 and quickly became a hit. The new product tripled the value of construction toys for girls from $300 million to $900 million between 2011 and 2014.

In 2017, NASCAR changed the format of their biggest race. They wanted to gauge viewer experiences following the change. This was an especially important project, since advertising dollars can be influenced positively or negatively based on audience and viewership – and, since NASCAR's audience holds some unique benefits for advertisers.

NASCAR conducted a live Remesh conversation with 200+ super fans to understand viewers’ experiences, thoughts, and reactions to events and advertisements. The conversation helped NASCAR confirm that viewers enjoyed their new structure. They also gained actionable insights that led to the successful rollout of the new race format.

In search of innovative flavor and product concept ideas, Takasago wanted to generate new ideas directly with customers. The challenge was that participants in traditional studies tended to provide ideas that were top of mind and close to multiple concepts already in the marketplace. Additionally, Takasago needed a concept testing solution that could be transitioned to an online setting, which is particularly difficult for flavor/taste testing.

Using Remesh, Takasago was able to gauge not only individual consumer responses, but group feedback as well. This information was essential to the brainstorm session because consumers in a group react and build upon one another’s input, rather than referencing what they are familiar with.

How to Conduct a Concept Test

Now that you've seen a few examples of concept testing in action, it's time to break down the strategies behind each project or qualitative test.

Every concept test is naturally unique depending on the objectives and nature of the product. But three broad steps can be followed to write and perform a successful concept test for any product, even in qual research.

Start with identifying specific objectives, since these goals will affect every characteristic of your test – for the first step, it may even be a good idea to run concept test surveys or focus groups on the fly to create a baseline.

For instance, if you conduct a product concept test for the launch of a new soda flavor, some possible objectives include:

After establishing a high-level objective, specific metrics of success will also need to be determined based on that objective. Following the soda design example, some metrics to measure might include:

Without an experienced moderator or researcher, it can be difficult to narrow down a set of goals, and therefore multiple concepts, in the end. This specialized role can help a company delve deeper into insights, and is sometimes offered alongside online focus group platforms.

After establishing overall objectives, the next step is to identify the target audience you would like to collect consumer responses from.

Take for instance a company that wants to understand how the market feels about a new soda brand concept. They would need a wider sample of a general audience.

Say that same company wanted to evaluate incremental changes to an existing soda can design. In that case, it may be more valuable to source a sample of existing customers who better understand the original product.

The last step of the product concept testing process is to establish the nature of the test design. Some of the most common testing techniques include monadic, sequential monadic, and paired comparison designs.

A monadic testing method involves introducing participants to a single concept before asking metric-based questions to thoroughly evaluate that one concept. Unmarred by external influence, monadic designs deliver a strong measure of participant sentiment towards a single product. 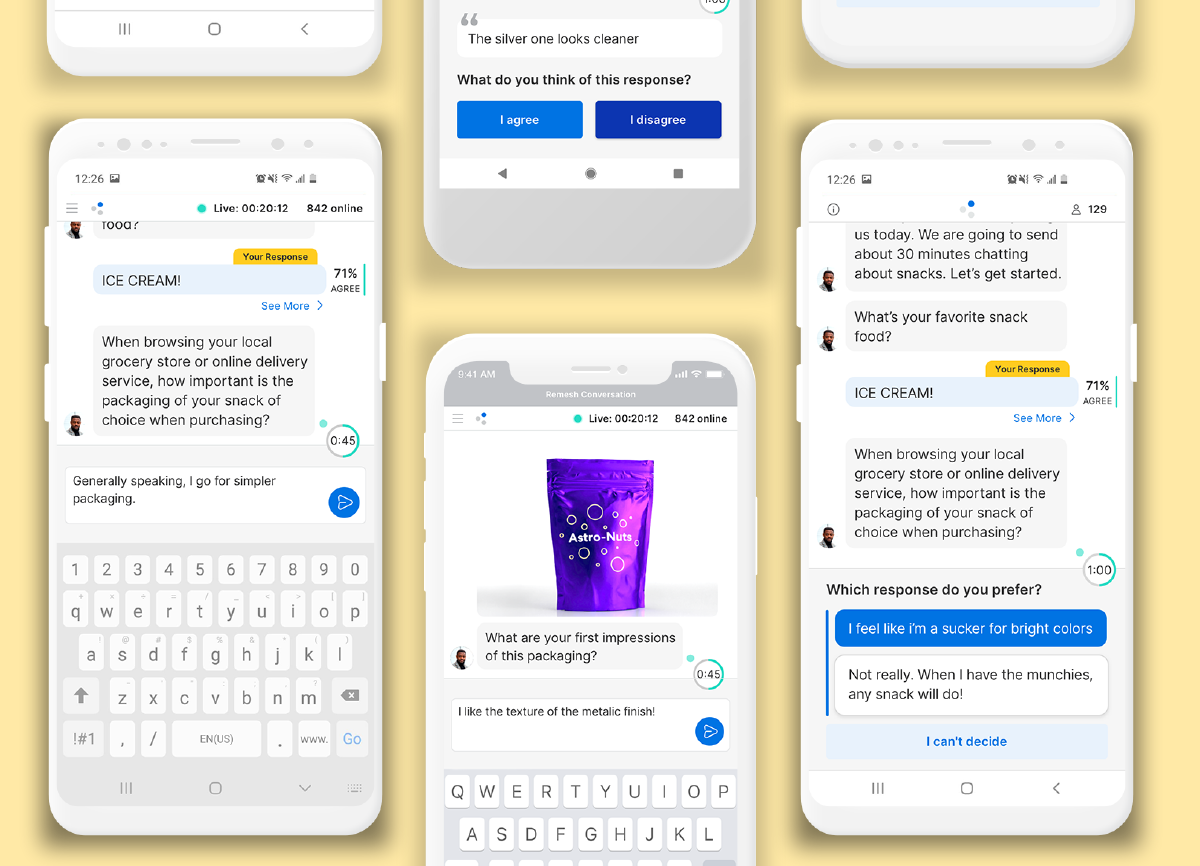 Testing a product alone offers several advantages, including depth of feedback and effective elimination of order bias. Because you’re only asking participants to evaluate a single concept, you can also afford to keep questionnaires relatively short. 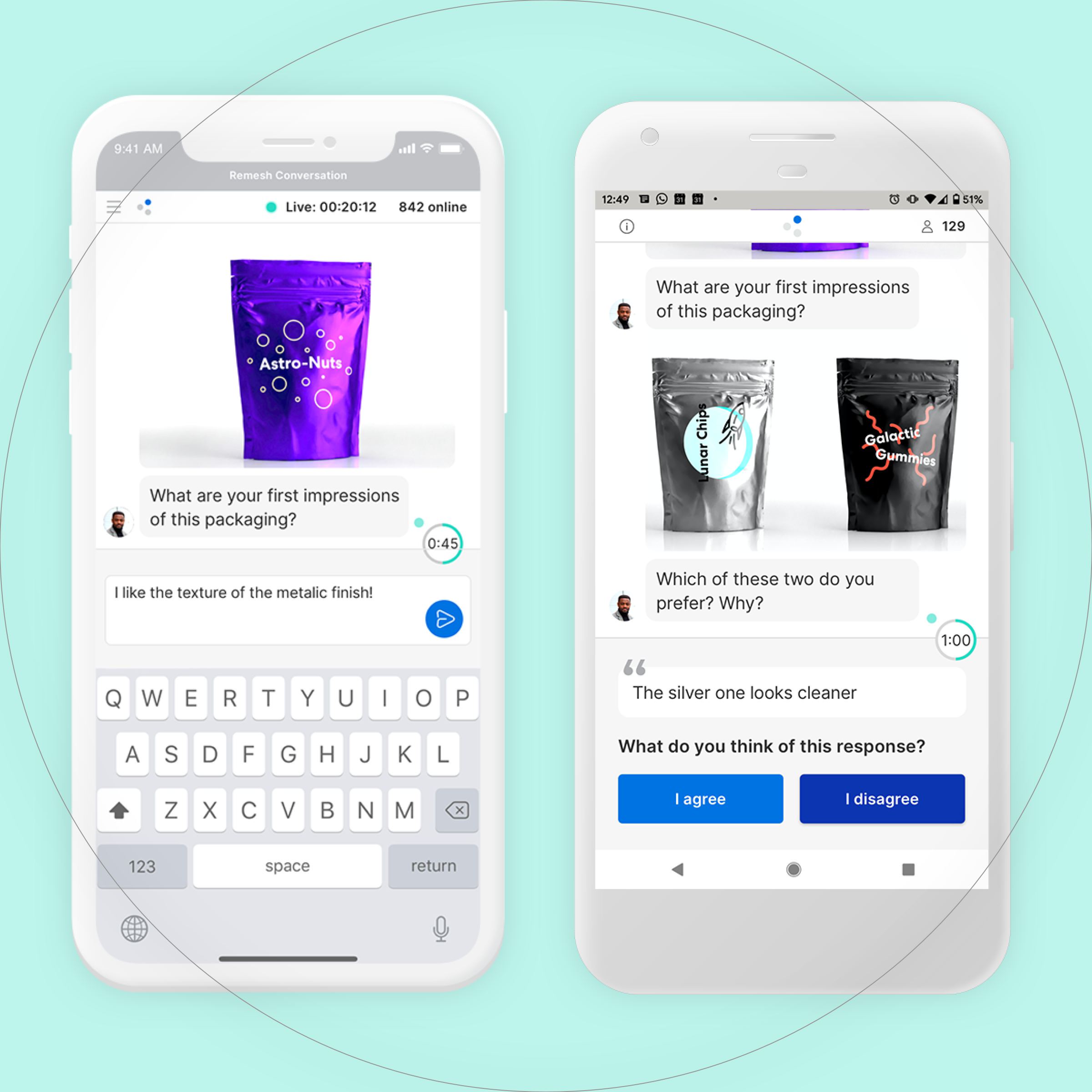 This test design offers a tremendous advantage in its ability to test multiple concepts without requiring more samples. Smaller sample sizes increase the affordability, speed, and feasibility of product testing.

Paired comparison design is a testing method that introduces participants to two concepts and ask them to compare the two. This type of testing is particularly effective at measuring subtle differences between concepts, products, or packaging. You can also conduct multiple paired comparison tests, otherwise known as repeated pairs tests. 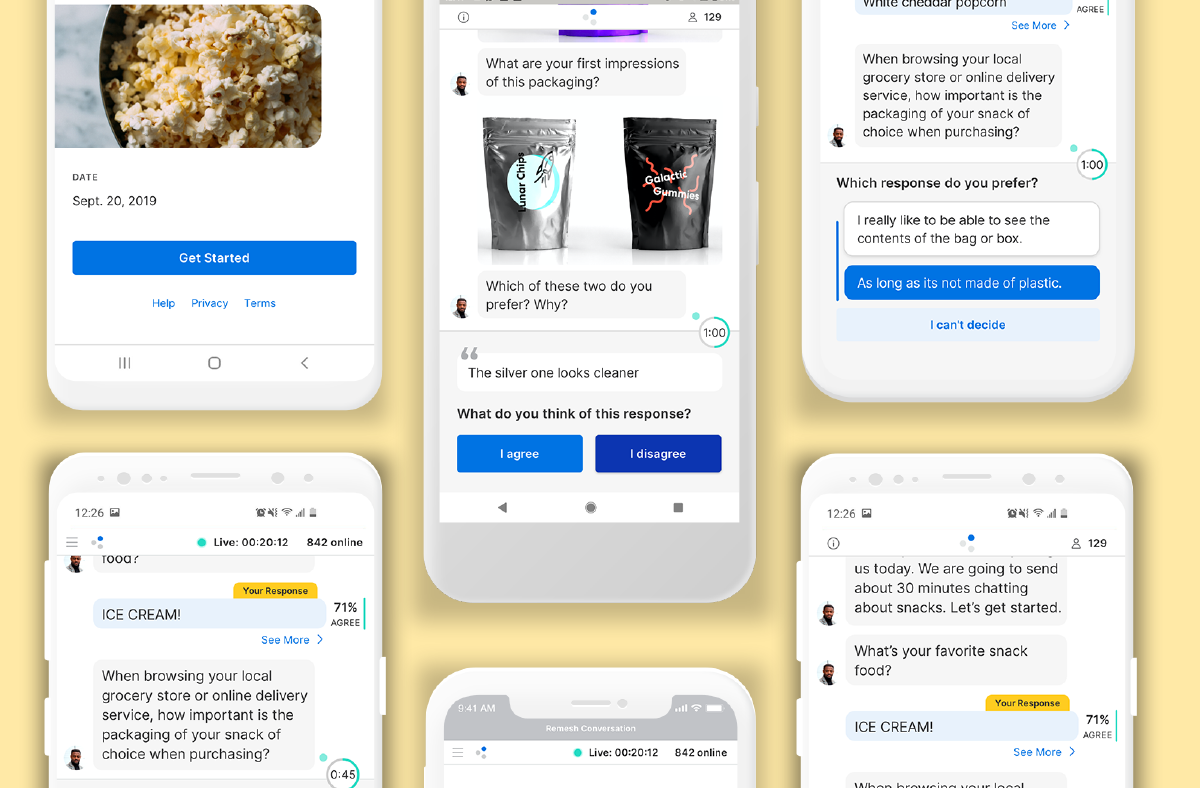 Showing participants multiple stimuli produces an interaction effect - that is, each stimulus impacts perceptions of successive stimuli. For example, say a participant sees a really strong packaging design first. That participant may score following designs lower than they would have if they had viewed them in isolation.

Use Cases for Concept Testing

There’s theory, and then there’s practice. Here are three specific ways brands can use concept testing in action, but this is by no means a comprehensive list.

One of the most intuitive applications of concept testing lies in helping companies make better decisions when developing new products. This type of product innovation testing can help you better understand:

Concept testing also helps you gain a better understanding of current customers. In some instances, this method can even help you identify new potential customer segments for your product, as in the example from a Remesh conversation below.

Concept testing can potentially help you explore the following questions of interest:

Concept testing can also be used to refine the go-to-market strategy for the launch of a new product.

Using this strategy, your team can better understand:

Next Steps in Product Innovation

In this eBook, learn more about how to craft better surveys or focus groups, and organize your data using AI.

By Jim Semick
This article is an excerpt of an eBook by ProductPlan. Products launch, products fail.  For some products, it may take ...
END_OF_DOCUMENT_TOKEN_TO_BE_REPLACED

By Anika Nishat
Sustainable packaging is the development and use of packaging that’s recyclable, reusable, and made from rapidly ...
END_OF_DOCUMENT_TOKEN_TO_BE_REPLACED

By Anika Nishat
Innovation management is the process of implementing a strategy around innovation. It involves creating conditions for ...
END_OF_DOCUMENT_TOKEN_TO_BE_REPLACED